On leaving school in 1959 at the age of 18, Ken Sharpe joined the Hull Company of Westdock as a Sales
Office employee. Westdock were, at that time developing their range of commercial glasshouses.

They were fulfilling a demand from local Dutch immigrant growers who were developing nurseries in the East Riding. Westdock were quickly spreading their sales throughout the UK.

After only 3 years Ken was
appointed as a Sales Representative covering various parts of the UK, Channel Islands, Isle of Man,
Northern Ireland and Ireland.  He was moved to live in Dublin to cover Ireland which was developing
rapidly with commercial glasshouses at the time. He lived there with his wife and became very fond of
the whole of Ireland.

However because of the troubles he moved back to Yorkshire keeping close to his nursery roots having formed his own business in the horticultural industry.

Ken passed away last year after some 50 years as a well-loved industry veteran, but the company is still very much in family hands, with Carole and Graham now overseeing commercial glasshouse new builds and refurbs throughout the
UK.

As ever, our re-erected glasshouses are fully updated and refurbished and often cannot be
distinguished from new. 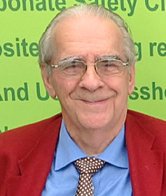 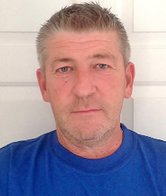 I am 50 years old and have been with Ken and his associated horticultural companies for about 30 years. I handle every aspect of the building of a Venlo glasshouse from an open site to its completion - a full ‘Turn-Key’ supply if required.

I am in charge of an experienced site team which marks out site, foundations, construction, steelwork construction and glazing to the finished product.

After all these years I can honestly say I know everything there is to know about Venlo glasshouses! 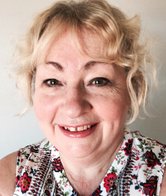 After working in Local Government for over 30 years I recently joined my brother Ken in the Company.

My role as Office Administrator enables me to use my experience in records management to ensure the office side of the business runs smoothly.

I greatly enjoy my new role working with Ken and Graham and find the type of business most interesting. As an avid gardener I enjoy the association with the horticultural industry; visiting garden centres has taken on a new meaning.

>>WATCH US BUILD A GLASSHOUSE<<